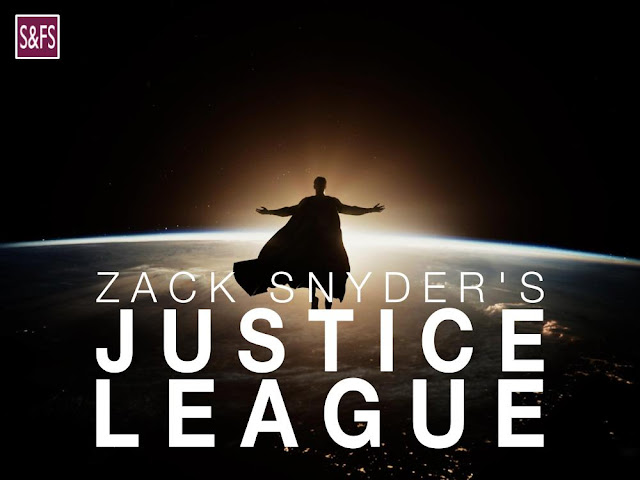 “I don't care how many demons he's fought in how many hells. He's never fought us. Not us united.” Five years ago, Zack Snyder released his divisive superhero flick Batman v Superman: Dawn of Justice into theatres. It was the second film in DC’s growing cinematic shared universe and brought together Batman and Superman together in live-action for the first time. It also introduced Wonder Woman, setting up her 2017 solo film, as well as laying the groundwork for the future trilogy of Justice League films. The film was followed up by seven other films which were a mix of various spin-offs, prequels, an almost-sequel, and other stories set within the same universe. Finally, the true sequel to Batman v Superman arrives. I’m struggling to find a logical opening to my review of this gargantuan, indulgent miracle of a film. Zack Snyder’s Justice League isn’t just a movie. It bears a heavy legacy and demands to be understood in the context of its real-world story and not just as
Post a Comment
Read more

The Art of Adaptation 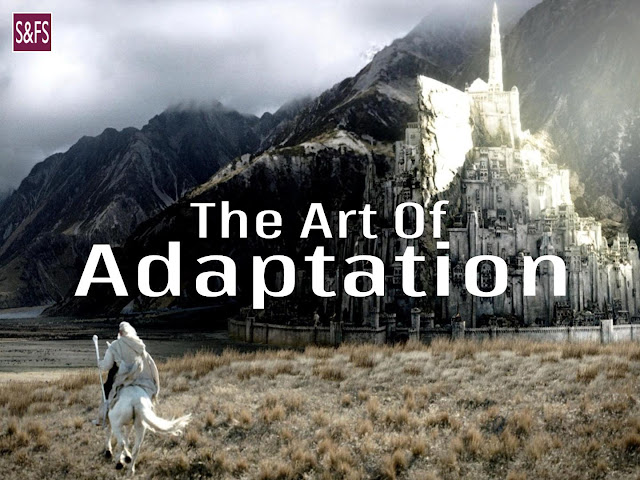 The Art of Adaptation Abstract The following essay is an edited paper originally written for English 201 at Redeemer University. The original assignment was to write an analytical essay explaining an aspect of writing culture. One of the suggested prompts was “the process of turning novels into movies.” As soon as I saw that prompt, I knew exactly what I wanted to do. I had had some version of this essay banging about my head for some time now, and this assignment finally gave me the opportunity to put it on paper. Introduction Screenwriters and filmmakers, when approaching the adaptation of a book or a story, take radically different approaches in how they translate the content of the page into something suitable for the screen. Some adaptations maintain a firm faithfulness to the letter of the source material and aim to remake the original work for the screen. Others take on more nuanced approaches to adaptation and restructure the story but maintain the same core message. Other adap
1 comment
Read more 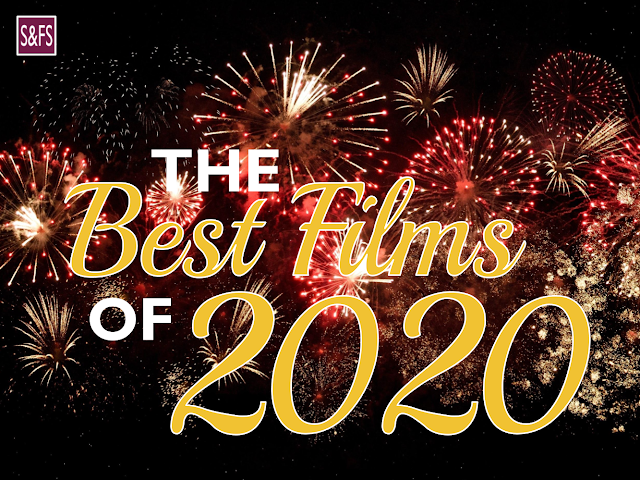 That was one hell of a year, was it not? 2020 was a year with a level of chaos unparalleled in recent memory mostly due to the horrific effects of the COVID-19 pandemic. You’ve heard about it, right? Massive global pandemic? Destroying the global social order? It’s a pretty big event that you might want to read about. I feel like a stuck record talking about the coronavirus. It is a well-worn and deeply depressing topic that, perhaps, the world of cinema would provide some sort of escapism towards. But that’s the problem with disease: they leave no one untouched. One regarded as the unavailable industry due to its apparent immunity to the depression of the 1930s, the entertainment industry entered total freefall this year. The year started off strong enough with the Sundance film festival providing a few exciting new features and with Parasite (2019) winning the highest prize at the Oscars to the delight of cinephiles everywhere. But, following these early successes, things took
Post a Comment
Read more 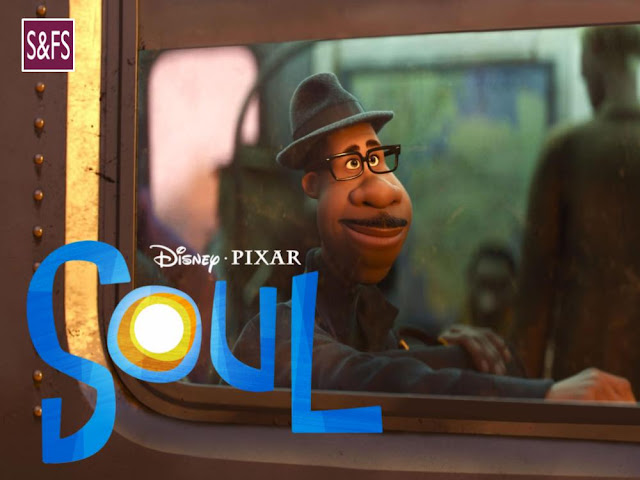 “Life is full of possibilities. You just need to know where to look. Don't miss out on the joys of life.” A few days ago, I came across a Tweet comparing a frame from Toy Story (1995) and a frame from Soul (2020) and I was shocked by the insane difference in the quality of animation between the two films. Toy Story was revolutionary when it first came to screens: it was both the first entirely computer-animated feature film as well as the first feature from Pixar, a young upstart production company Pixar’s animation team was reinventing the game as they crafted Toy Story but they ran into several challenges. Have you ever wondered why Andy’s mom never shows her face in the film? It was because the team had no idea how to animate realistic human expressions. Andy himself was played by three unique character models.  Technology has grown exponentially in the twenty-five years between Toy Story and the present day.  By our current standards, it feels so incredibly dated and i
1 comment
Read more 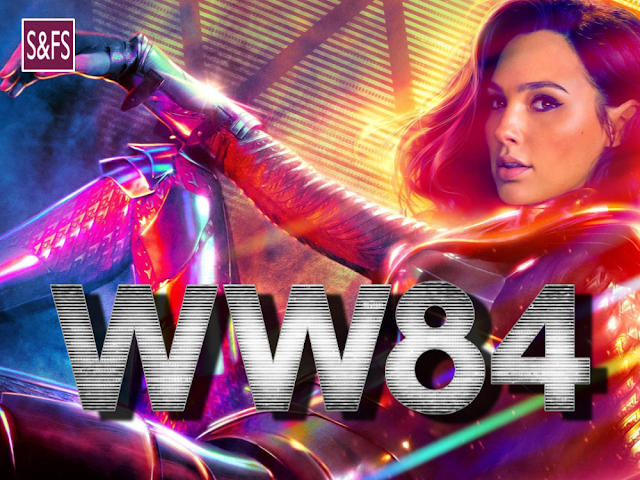 “Welcome to the future. Life is good! But it can be better.” It’s been just shy of five years since Gal Gadot’s Diana Prince, also known as Wonder Woman, made her on-screen debut in Zack Snyder’s Batman v Superman: Dawn of Justice (2016). Director Patty Jenkins took the reins for the character’s 2017 solo effort, a prequel/origin story set in 1917 during the first World War, which opened to critical and commercial success. Wonder Woman returned to the present time and appeared again in the Avengers-style team-up feature Justice League (2017). Audiences have been eagerly awaiting her return since then. In the present, the ever-expanding DC Extended Universe, DCEU, becomes increasingly convoluted. As Zack Snyder reworks Justice League into his Justice League Director’s Cut for HBO Max next year, James Gunn crafts his sequel-reboot The Suicide Squad (2021), and Matt Reeves reboots Batman in The Batman (2021), the DC universe loses its connective tissue. The films under the brand s
1 comment
Read more 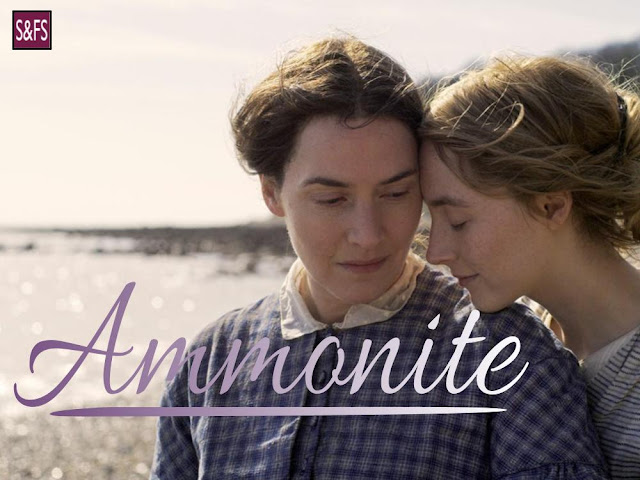 "I don’t want to go back to the life I had before you." It is 1840. The waves of the ocean roll up on the southern English coast. The sky is overcast. The weather has become increasingly cold. Despite the harsh conditions, a solitary woman strikes out in search of her prize. Fossils, the rocky remains of the creatures once on the Earth. A newly discovered science, paleontology was enthralling the world with its tales of creatures from the land before time. Mary Anning was one of these people to first illuminate the secrets of the Earth's ancient history. Based on the life of Mary Anning (played by Kate Winslet), a significant British paleontologist, Francis Lee's Ammonite  centres around Anning's fictional romance with Charlotte Murchison (played by Saoirse Ronan), a friend of Anning and one of her contemporaries.  Ammonite  is a slow burn drama set amidst the cold dreariness of the coast of Dorset, England. However, in the cold shadow of the English channel, roma
Post a Comment
Location: Dorset, UK
Read more
More posts

Seth Schouten
Hey! I'm Seth, and welcome to Seth & the Film Scene! I'm one with a lot of opinions about film, so I thought I'd put it on the internet. Follow me on Letterboxd: sethwise_gamgee